SiFive Core Designer (SCD) unlocks new possibilities by enabling engineers to explore the architectural design space of a CPU. With our Software-as-a Service (SaaS) application, customers can create and customize RISC-V core IP -- from their laptops.

Working within a Core Series (a “class” of Core paired with a specific microarchitecture) customers can rapidly create a range of cores at different design points, run software applications on FPGA bitstreams, simulate with RTL, and ultimately determine the best custom silicon for their product. Explore SiFive Core Designer.

Today we are announcing the SiFive Quarterly Update Program, which is designed to “stream” SiFive’s latest innovations and features to customers. With today’s Q2 2019 engineering update, we’re expanding the available Core Series in SiFive Core Designer and adding a number of compelling new core IP features.

With the addition of the E7, S7, and S2 Core Series to SiFive Core Designer, E and S cores (32-bit and 64-bit embedded cores, respectively) can be customized across all SiFive microarchitectures. U cores (64-bit application cores) will be added to SCD in a subsequent quarterly update. 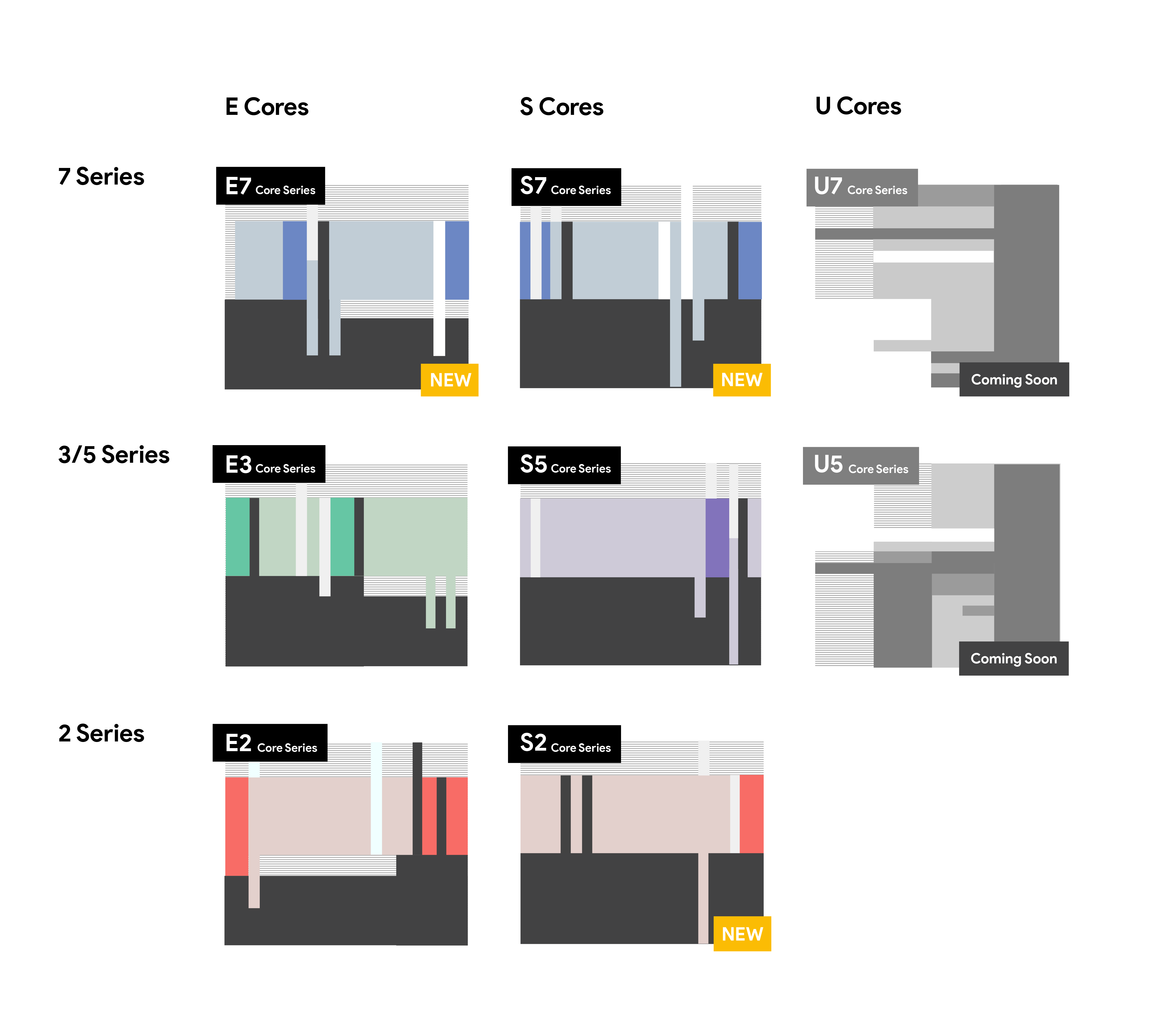 With an 8-stage, dual-issue superscalar pipeline and a scalable throughput provided by 8 cores per cluster, the 7 Series is SiFive’s highest-performance microarchitecture. Read more about the 7 Series.

Edge SoCs (System on Chip) face the diverse requirements of real-time latency, deterministic capability, and stringent power constraints. The 2 Series enables SoCs to have an always-on, low power CPU that can be combined with high-performance CPUs that switch on only when applications demand performance, such as in voice-activated smart devices. The 2 Series can be configured to be as small as just 13,500 gates (in RV32E form).

The S2 Core Series brings a 64-bit architecture to SiFive’s smallest microcontrollers. An S2 core is just half the size of a similarly configured S5 core. Read more about the S2 Core Series.

This quarter, we’ve rolled in a new set of core IP features, which are available and configurable from SiFive Core Designer.

New to all Core Series:

Now, along with Freedom Studio, our Eclipse-based IDE, it’s never been easier to develop software for cores built by SiFive Core Designer. Read more about our software toolchain in the Q2 engineering update software blog.